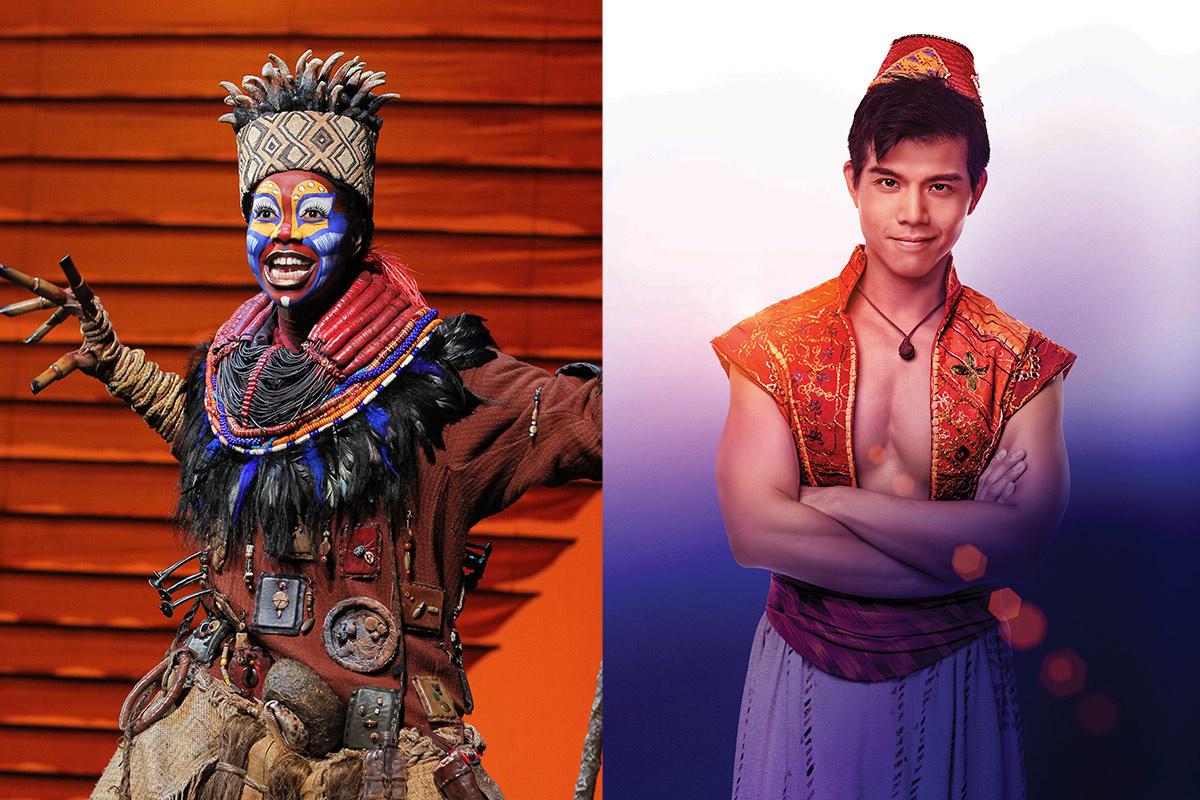 Broadway sets a worldwide standard for jaw-dropping moments, breathtaking spectacle, and timeless music onstage. That’s why there’s no better storybook to take to the Great White Way than Disney’s collection of classics!

Since Disney’s BEAUTY AND THE BEAST took Broadway by storm in 1994, audiences worldwide have had the chance to experience beloved tales transformed into unforgettable theatrical productions.

Today, THE LION KING and ALADDIN are two of the most sought after tickets on Broadway.

These incredible behind-the-scenes facts about THE LION KING and ALADDIN on Broadway make it easy to see why audiences come from all over the world to see these tales come to life!

Ready to join the residents of Pride Rock, or marvel at the magic carpet beloved by Disney fans worldwide? Disney® Visa® Cardmembers receive a VIP Package when they purchase premium tickets using their Disney Visa Card, which includes premium seating, souvenir lanyard with pin, non-alcoholic beverage in a keepsake cup, and a commemorative photograph.1 You can order the tickets online, call, or visit the Minskoff Theatre or New Amsterdam box offices, and use the Disney Visa offer code (first four digits of card) with your Disney Visa Card to get your VIP package.

And for Disney on Broadway’s latest production, FROZEN, launching February 2018, use your Disney Visa Card to purchase premium tickets and receive an exclusive VIP package.1

Cardmembers receive an exclusive VIP Package with the purchase of premium tickets to ALADDIN, THE LION KING, or FROZEN on Broadway.1