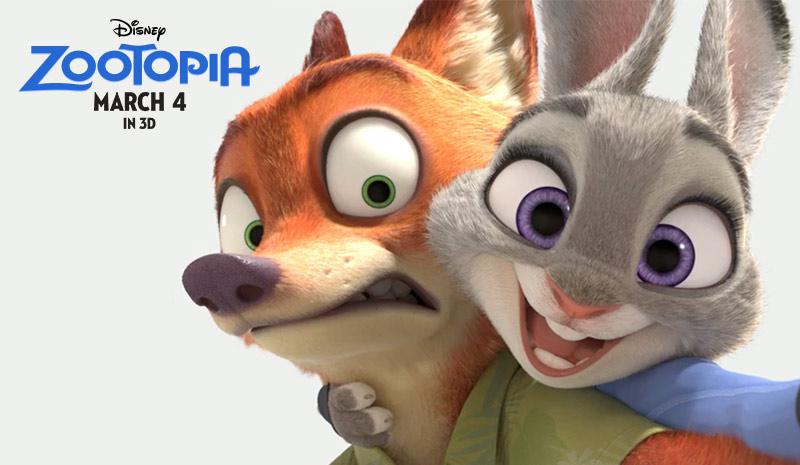 Who doesn’t love Disney animated films about talking animals? From 101 Dalmatians to Bambi, The Aristocats to Dumbo– the list is impressive. But hang onto your leash, because when Zootopia opens in theaters on March 4, you’re going to experience an urban jungle that’s like nothing you’ve ever seen before.

We chatted with Clark Spencer, the film’s producer, to learn more about the movie and discover how Zootopia differs from all the other animal talkies Disney has made.

One of the first challenges was figuring out how all these animals from different climates were going to co-exist in one city. The filmmakers realized that all the great cities from New York to Hong Kong have distinct areas and neighborhoods. So they figured the city of Zootopia could as well.

But it still didn’t quite answer the question of how animals like polar bears in Tundra Town were going to live next to, say, camels in Sahara Square. Enter the air conditioner. Seriously. After consulting with a climatologist and a city planner, the filmmakers came up with the idea of using a great wall to separate the various neighborhoods. But this is no ordinary wall. It’s a giant air conditioner. One side blows cold air into the tundra, the ‘exhaust’ side blows hot air into the desert area and the run-off goes into the Rainforest District to create mist and waterfalls. “It makes sense within the context of the film,” Spencer says. Challenge met.

But creating a believable visual world is just one part of developing a film. As in all Disney films, a great story is essential. And to have a great story, you have to have great characters… 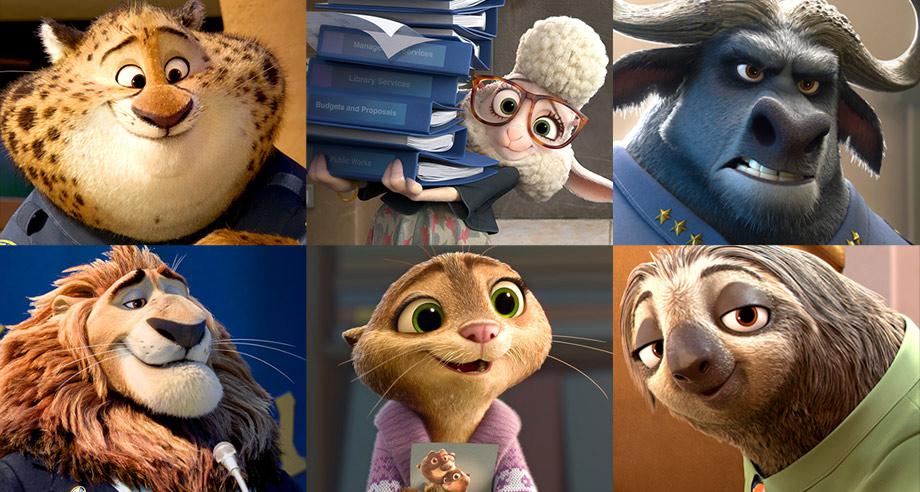 …like optimistic Officer Judy Hopps (voice of Ginnifer Goodwin). She’s the first rabbit on the Zootopia Police Department and she wants to prove herself. Easier said than done, since everyone else in the force is a huge mammal like a rhino, hippo or elephant. Who’s going to take a fluffy little bunny seriously? Not Nick Wilde (voice of Jason Bateman), a fast-talking, scam artist fox who becomes her unlikely partner on a tough case.

“At first, Hopps and Nick are like oil and water,” Spencer says. “They both start off with assumptions about each other, but as they work together, they learn that their assumptions are wrong and they come to respect each other. It’s like the ultimate buddy cop film.”

Sometimes the filmmakers have to change their original story assumptions too. “At first, the team assumed Nick should be the protagonist,” Spencer says. “But we were halfway into the storyboarding when we realized the story just wasn’t working. It’s hard to root for a con man. Even a charming one.”

“But it’s very easy to get on Hopps’ side. She’s so appealing you immediately fall in love with her. So midway through story development we flipped the two characters to make Hopps the protagonist. It was a huge change, but very important.”

“You know you have the right characters in the right relationship when you can put them into any scene and it’s funny,” Spencer says.

“As storytellers we want to create great characters the audience will connect with and care about and to tell a story that entertains and gives you something positive to think about,” Spencer says. “If we accomplish that, we’ve created a movie that will stick with you long after you’ve finished your popcorn.”

To catch Nick and Hopps in action, use your Disney Dream Reward Dollars® for vouchers toward movie tickets and plan your visit to Zootopia to watch the sparks fly!1,2