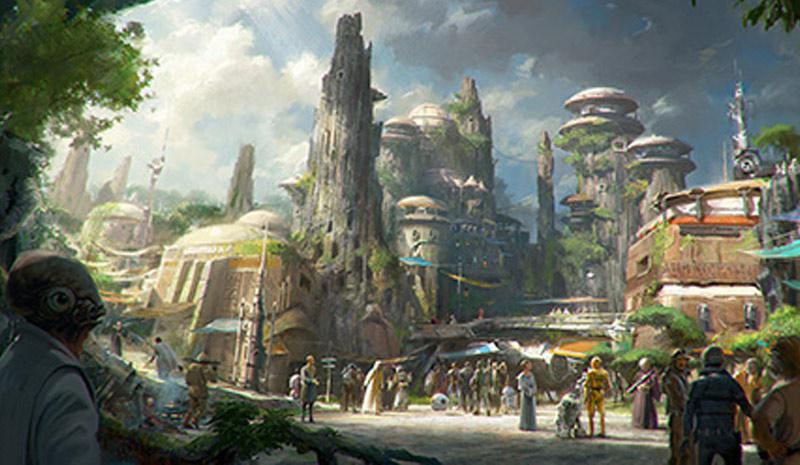 It’s a great time to be a Star Wars fan. Between the long-awaited return of Luke, Leia, Han, and the Millennium Falcon onscreen in Star Wars: The Force Awakens and the thrilling announcement of Star Wars Land coming to both Disney Parks, the Force is stronger than ever. Soon, fans can celebrate all this great news together with all-new Star Wars experiences that take you into the worlds of Star Wars to meet characters, travel through galaxies, get up close to the brand-new film, and more!

Walt Disney World® Resort will host these new Star Wars experiences at its Disney’s Hollywood Studios® Park, the perfect showcase for the most beloved film series of all times. True to the park’s tribute to movie magic, the Star Wars Launch Bay will present an interactive experience that features behind-the-scenes clips and interviews with the cast and filmmakers of The Force Awakens, dazzling models of Star Wars spacecraft, and the chance to meet Chewie and Darth Vader for photo-ops that redefine “out-of-this-world”.

Speaking of photo ops, keep your camera ready for glimpses of the all-new Troopers from The Force Awakens, the soldiers of the new film’s sinister First Order. These Troopers will be storming the Star Wars Launch Bay to interact with fans young and old… but don’t worry; you aren’t the droids they’re looking for. If you’re looking to hide from the Dark Side in a darkened theater, be sure to check out Star Wars: Path of the Jedi, an all-new, 10-minute short that tells the story of the Skywalker clan through clips from the first six films, from young Anakin in The Phantom Menace through the events that set up The Force Awakens. Guests can also shop for all-new Star Wars themed merchandise and gear at Watto’s Grotto, including figures of new characters like the heroic Rey and villainous Kylo Ren, and enjoy special Star Wars themed food and beverages.

Most thrilling of all, two of the Park’s wildly popular Star Wars attractions, already beloved by Jedi of all ages, will receive all-new upgrades. The Jedi Academy that has trained countless young Padawans will be re-imagined as Jedi Training: Trials of the Temple, creating an even more immersive show for Guests while incorporating a new character from Star Wars Rebels. Guests will definitely want to book a trip on Star Tours®: The Adventures Continue to see the new planet Jakku, along with new characters from Episode 7.

Finally, a day of celebrations wouldn’t be complete without a special, brand-new fireworks display in honor of the music, characters, and legacy of the Star Wars saga with Symphony in the Stars: A Galatia Spectacular.

Star Wars at the Disneyland® Resort

Disneyland® Resort has many of the great features and enhancements coming to Disney’s Hollywood Studios®, beginning November 16th at Disneyland® Park’s futuristic Tomorrowland. Star Tours®: The Adventures Continue, Jedi Academy: Trial of the Temple, the Star Wars Launch Bay, and walk-around Troopers will bring the Force to the Happiest Place on Earth. When you include the all-new merchandise and themed food and beverages, you have a celebration worthy of any ultimate Star Wars fan.

In Tomorrowland Theater, classic clips from the first six films will move generations of fans all over again. And a classic Disneyland® Park attraction will take a trip to the Star Wars galaxy with Hyperspace Mountain. Guests will launch straight into a thrilling X-wing Starfighter battle, with all the twists and turns Space Mountain® fans know and love.

With all these thrilling enhancements coming to the Disney Parks, there’s no time like the present to plan your next Disney trip. Remember, as an ongoing Cardmember perk, you get special vacation financing on select Disney vacation packages purchased with your Disney Visa® Card.1 Be sure to use your Card for all your Star Wars purchases in the parks, too; with 10% off select merchandise purchases of $50 or more at select locations at Walt Disney World® Resort and the Disneyland® Resort, it’s as handy for a fan as a lightsaber for a Jedi.2,3 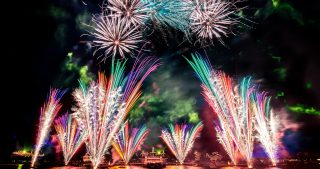 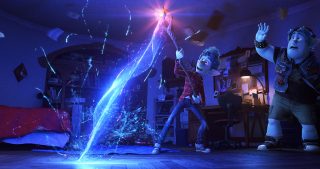 A Peek at the Fantastical World of Disney•Pixar’s Onward

Make no mistake: Pixar’s hilarious takes on mythical creatures must be seen to be believed! 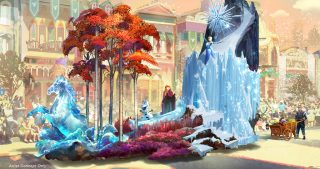 The Magic Happens Parade is on Display at Disneyland® Park

Old friends, new effects and the timeless enchantment of a Disney Parks parade comes to Disneyland® Park like never before!