Get Your Thrill On With These Disney Attractions 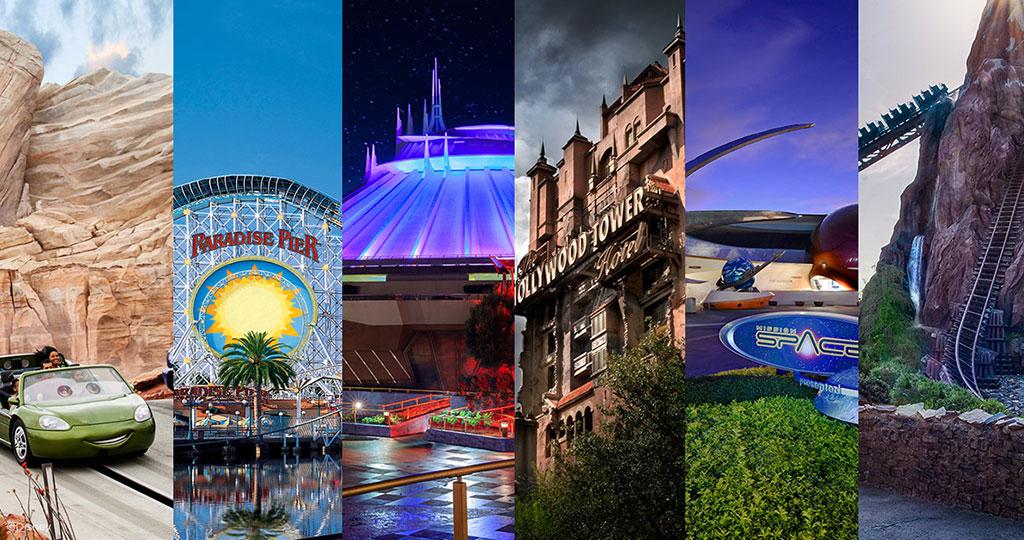 Do you feel the need for excitement? Does doing a rollover and accelerating through hairpin turns on a coaster give you a good rush? If yes, then you’re a certified daredevil, and you’re ready for some thrill-riffic attractions at the Disney Parks!

What makes Disney’s attractions so unique and fun is the immersive experience that each offers. In addition to racing speeds and exciting drops, the fantastic sets and special effects make you feel like part of the story making it easy to think you’re in outer space or racing to escape a Yeti.

Wondering where to sit to get the very best thrills? Here are our picks on what to ride and where to sit for the ultimate experience. And don’t forget to pack your Disney Visa® Card to enjoy Cardmember-exclusive Meet ‘N’ Greet locations, savings on merchandise and more.1,2 If you’re not a Cardmember, check out the thrilling vacation perks that come with the card. Now get in, buckle up and hold on – you’re about to have those Mickey Ears scared right off of you.

Best Outer Space Rocket Race: Hyperspace Mountain
Fly into battle alongside X-wing pilots on a daring mission through a galaxy far, far away. A new soundtrack, inspired by the films’ musical themes, adds to the thrills.

Up the Thrill: Sit in the front row. With no one in front of you, it’s like you’re all by yourself flying through space.

Biggest Blast on the Boardwalk: California Screamin’
You’ll be California Screamin’ for sure on this monster coaster that rockets you at rapid speed, then drops you! But you’ll have the badge of honor for riding the longest coaster with an inversion (that’s tech speak for hanging upside down) in the world.

Up the Thrill: For the best white-knuckle experience, sit in the back to feel the full effect of the drop and loop.

Honorable Mention: Radiator Springs Racers
Our vote for one of the coolest attractions ever, this attraction will have you speeding through the sights of Ornament Valley on race day, alongside Lightning McQueen and the gang.

Wildest Mountain Exploration: Expedition Everest—Legend of the Forbidden Mountain®
Race through the Himalayas to escape the Yeti in a tea plantation train, then reverse direction and spiral backwards down the mountain before dropping 80 feet. Why not?

Up the Thrill: Sit in the back to experience more acceleration during the big drop in the middle of this Disney adventure. Plus, when it goes backwards, you’ll be in the front! See how we did that?

Honorable Mention: DINOSAUR
Wait until the fall when the attraction re-opens, then go on a wild ride through prehistoric times on a perilous race to rescue an Iguanodon before the meteor that wiped out dinosaurs strikes!

Scariest Drop: The Twilight Zone Tower of Terror™
Going up? You’ll be going up and down when you dare to take a trip to the Fifth Dimension in this haunted elevator-themed attraction that rises and hurls down at different speeds and heights, up to 13 stories.

Up the Thrill: Snag the middle seat in the back row. Not only will you experience a fun rush but you’ll get a great view of the hotel grounds as you gaze out the missing wall 13 stories high!

Up the Thrill: Choose the more intense Orange Team experience (but remember your training, space cadet.)

Honorable Mention: Test Track®
Flying through straight-aways and navigating hairpin turns — what’s not to like? This hair-raising concept-car-testing attraction will pose challenges for even the most experienced award-deserving drivers.

Best Outer Space Rocket Race #2: Space Mountain® Attraction
Hold on as you race through outer space and encounter sharp turns and steep drops, as Starry-O-Phonic Sound™ echoes around you. Feel free to yell as loud as you want, because remember, you’re in space!

Up the Thrill: Experts say to sit in the middle, behind the wheelbase, to feel the most acceleration.

Honorable Mention: Splash Mountain® Attraction
You’ll have a tranquil time floating along in this flume attraction – until the 50-foot drop, that is! Don’t worry, your look of terror will be documented in your souvenir photograph which you can purchase at the end of the ride.